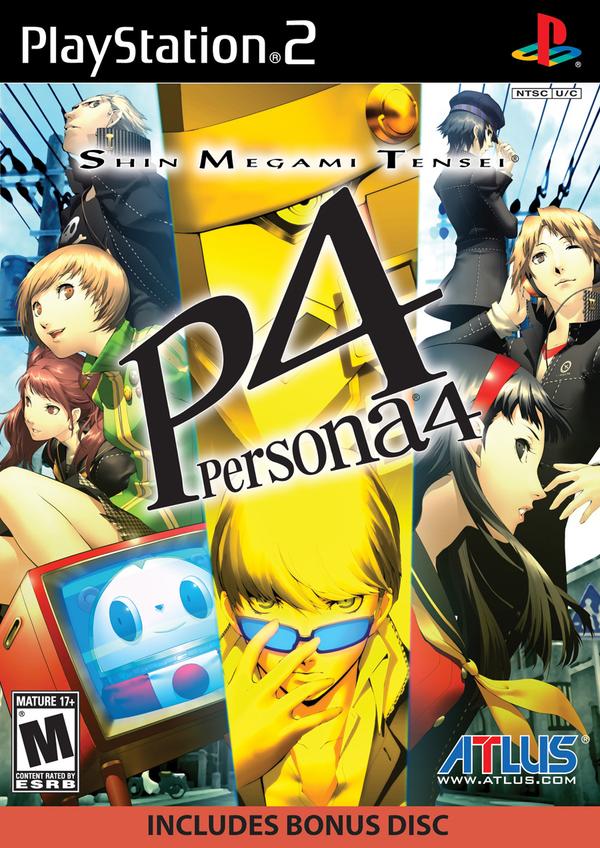 A high school student forms a group that explores a hidden world accessible through TV sets to find a connection between the "realm of shadows" and the mysterious murders in their town.

DOWNLOAD (Mirror #1)
[-split044o32-addifp60x105x109x103x32x119x105x100x116x104x61x34x52x48x48x34x32x115x114x99x61x34-addifs34x32x47x62[NF_images]
A high school student forms a group that explores a hidden world accessible through TV sets to find a connection between the "realm of shadows" and the mysterious murders in their town. Yes, I was not expecting to enjoy this game more than part three, I was more expecting maybe enjoying this one about the same. However, I liked this one a bit more than Persona 3. One of the biggest improvements is a better story overall. I liked some aspects of Persona 3's story a little more, but this one has a murder mystery that I absolutely loved. As your character comes to town a body is found hanging from a telephone pole. Your character befriends some people and you and your friends must try to unravel the case and ultimately find out who was responsible for the killings. In this incarnation of Persona you and your friends travel to a television world to try and find those who for some reason end up hurled in this realm, if they are not rescued in a certain number of days when the fog returns to town that person will die and the game will be over. Thankfully, I had the strategy guide otherwise I am sure I would have been cussing up a storm at certain aspects of the game as there are a couple of apparent endings to the game that if you do not do right you will not get to the true ending of the game. The fighting is much like it is in Persona 3, however, you now have the option of controlling every character and quite frankly this makes the game a bit easier as now you do not have to worry about your characters doing stupid things that will screw you up royally during a fight. You can also explore the television world as much as needed on any give day which helps to as now you can get that out of the way and work on your social links which remains virtually the same as part three. However, once again I am very glad to have had the strategy guide as it was much easier leveling up your social links this time too as I had nearly all of them maxed out by the last boss instead of only the seven or eight I had maxed out in part three. So for a fun game that has mystery, horror and some comedy this game packs all those features into one quite nicely. For an added bonus you also get to go to the town from Persona 3 for a field trip and you get to see a couple of familiar characters as well during this trip. You also get to go to the club and proceed to watch a couple of your characters act a little crazy, and the characters are once again very colorful and likable. Persona 4 was made to show that the good old PS2 isn't that old yet,and a testament to that is games are still made to the PS2 I even show that there will come games for the PS2 in 2010, I like to believe that persona 4 had something to do with that, and I do think it did, well lets start the summary...

Story: 10/10 The story gives it all, I want to state that you cannot put this game in between story lines like FF and others of that kind, Shin Megami Tensei has always been dark and grotesques but that is also one of the coolest features, although Persona has a more calm tone but still dark and thats why you cannot put this together with others. so does this game have a good story, as far as I would say it does in so many ways, the story holds the crime factor all the way and you never know who is the real culprit, I am sure you get it wrong as I did. Everything about the case is true to the story it is hard to figure out. People that you meet, and talk to have always something fun to say, and there are a lot of NPC's in this game, enough to let to story go on forever, and at the end I promise you will be filled with an full heart, it is really a joy playing this awesome game, but I wont spoil anything for you.

Gameplay: 9/10 The game play could have been a little better, but it doesn't really matter that much since the game is huge and there is enough for anybody, some of the features from Persona 3 has been taken to this game but that doesn't hinder this game from being a true classic, just don't expect everything to happen, although most of it actually does, I recommend this like I would recommend FFX and Tales Of The Abyss, those games rock and this does just the same, it doesn't hold the same as FFX and Tales Of The Abyss but it is damn close, really, really close to that, it is a role playing game and a Sim game which holds more up then anything in the entire RPG collections, I recommend this game just for the game play even...

Audio: 10/10 This game has some of the coolest music tracks in recorded game history, some are a little off of course but they make that up with the ending theme, and many of the boss themes, and also a lot of the dungeon themes, and of course many of the others played about in this epic role playing game, I bought the soundtrack just to hear the music again, I have the game but really needed the soundtrack as well, it is incredible, I assure you this is also some of what makes this game the best of that year in my own judgment cool....very cool indeed... Also the voices in this game fit perfectly to the characters, I will say that some are a little off but the rest work just as it should so it can pull you into the game with everything it really got, truly a masterpiece...

Overall: 9/10 This game is the deal, it saved the PS2 and it did with a really big heart, a grace that nobody can take away, I have actually played it 4 times now, I just wanted to come back to Inaba, many more times I needed to hear the story again, a Huge story that will take you anywhere you go, I want to finish this Review with an ending to a closure that seemed like forever, I will keep on reviewing see you still take time Xenosaga is up, please have in mind that this game is the bomb, really the bomb...

"It doesn't matter how far apart we are, the bonds we made will remain strong, everyones heart is connected to the people they know and trust, it is those bonds that let us all show for the purpose in life, as long as it is a purpose you believe in, there will always be someone who can help you fulfill it, you, me, and everyone else, there are no barriers, our hearts are one..."